“You know, I wasn’t so well a couple of years ago. When I came out of hospital, I saw the doctor and he said that, taking my age into account, it was time to slow down. Well, really, that was like a red rag to a bull.”

“I’ll tell you the story as quick as I can

I’ve got nothing but time, I’m Lazarus, man”

For an artist such as Sir Tom Jones, with over 100 million record sales to his name, certain milestones loom large over the horizon – and with those milestones come certain expectations. A few years ago, Tom’s record label raised the topic of his 80th birthday in June 2020. When you’ve enjoyed 36 Top 40 hits spanning five decades, a new Greatest Hits collection, perhaps accompanied by a TV special, somewhat suggests itself. People start to use the word ‘legacy’ a lot – and not, in this case, without good reason. If you want to talk about ‘legacy’ and Tom Jones, it’s hard to know where to begin. Musical calling cards such as It’s Not Unusual, What’s New Pussycat, Delilah, If I Only Knew and Sex Bomb barely scratch the surface of a career in which also takes in networked prime time TV shows spanning over five decades both in America and the UK, countless Las Vegas residencies and a string of Grammy, Ivor Novello and Brit Awards. But, after a period of upheaval which saw him come to terms with the loss of Linda his wife of 59 years, and spend time in hospital with a bacterial infection, Tom’s instinct was not to reflect upon his legacy, but further extend it. 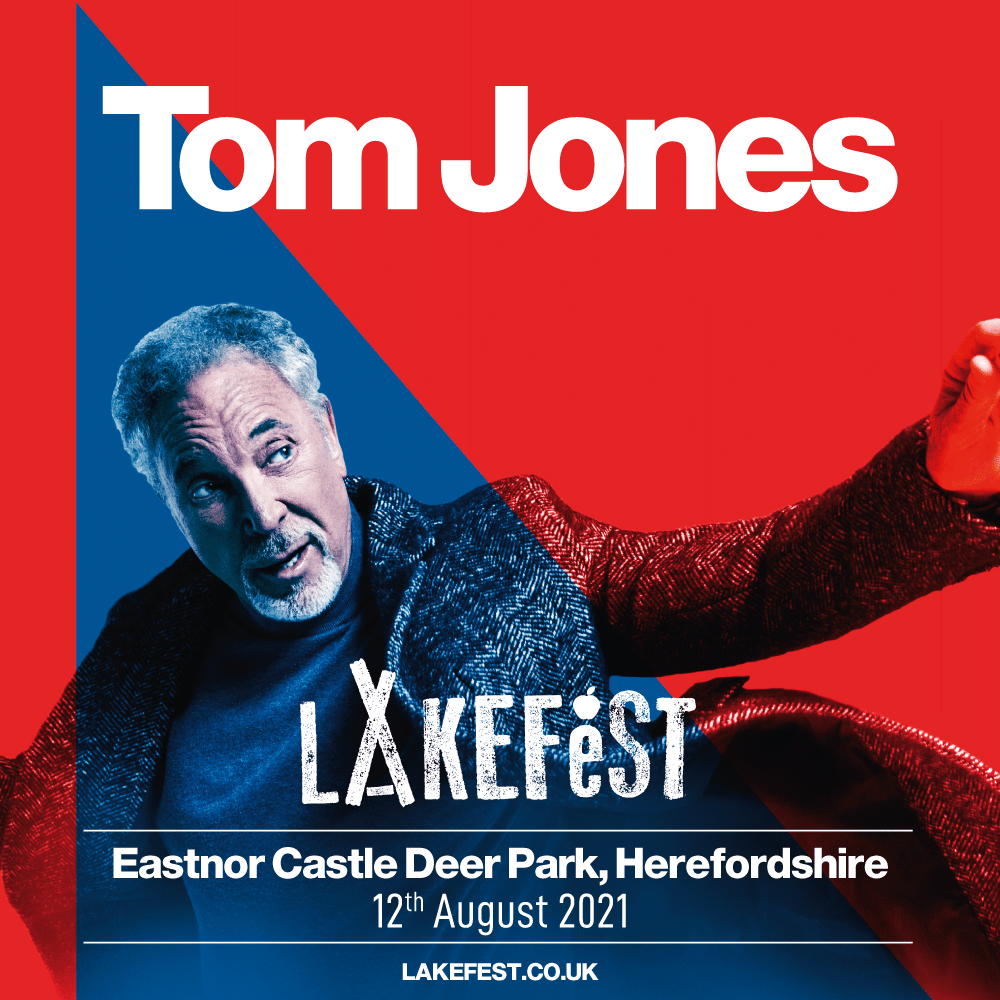 Check out our announcement video!

Sir Tom Jones will be headlining our main stage at Lakefest 12-15th August 2021. Don’t miss out and get tickets now!